The organic pig herd totalled 27,000 head, the lowest number in at least a decade and 20% lower than the year before.

The number of organic sheep totalled 731,000 head, a 7% year-on-year decline. This was also the lowest number in at least a decade. 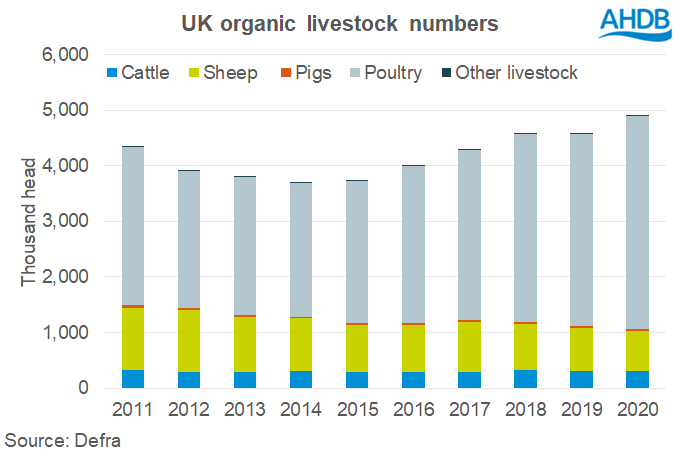 Bethan Wilkins, analyst at AHDB, commented: “Looking at the amount of land with organic status, this remained relatively stable at 458,000 hectares. However, there was some recovery in the area of land in conversion to organic, which gained 12% on 2019 to 31,000 hectares. Most organic land is used as permanent or temporary pasture, including rough grazing.

“Despite a lacklustre picture for organic livestock numbers and land area, organic retail sales increased in 2020. However, concern over household budgets going forward may mean continued growth in this area is tricky.”