The call for a ballot on the continuation of a statutory levy in horticulture came late last year and a yes/no vote started in January, on the basis of one levy payer, one vote. An independent company, UK Engage, administered the vote process.

The overall voter turnout was 69% and by by individual votes cast, the 61% voted no to retaining AHDB Horticulture versus the Yes vote of 39%.

Voting analysis by UK Engage showed a different picture when the value of levy was taken into account – by levy, the Yes vote amounted to 57%, compared with 43% for No.

The ballot outturn report by UK Engage, the independent company which ran the ballot, has been published on the AHDB website at https://ahdb.org.uk/horticulture-vote.

The vote leaves the future of AHDB Horticulture clouded in uncertainty. The ballot process, laid out in Statute, means that a ballot is held in order to inform Ministers how the industry feels on the value of a statutory levy. The outturn of the ballot must be passed to Defra Ministers and the Devolved Administrations to then make a decision on the future – however, they are not bound by the ballot.

“It is now down to Ministers to weigh up all the various factors about GB horticulture and make a decision on the future role of a horticulture levy.”

Farming Minister Victoria Prentis said: “I would like to thank AHDB and UK Engage for their work on the Horticulture Levy ballot. We will now take these results and scrutinise them closely before making a decision on the future of the Horticulture levy in due course.”

NFU horticulture and potatoes board chairman Ali Capper responded to the result: “This vote demonstrates that many growers feel either disappointed or disengaged with how their levy is being spent. It will also be a disappointing result for those that see the importance in the principle of a statutory levy and the value that applied research and development can deliver for their businesses. 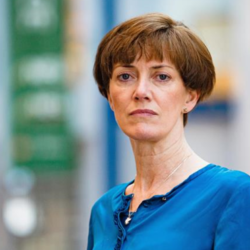 “A number of businesses have come out in support of the statutory levy in the past few weeks, albeit with necessary reforms of AHDB. While the majority of levy payers voted to discontinue the levy, it is notable that when results are weighted by levy contribution there is a majority to continue the levy.

“This shows just how divided levy payers have become and makes it critically important that Ministers consider carefully how to respect all sides of the debate.

“It is important that the business innovation that comes from research and development programmes and the business critical work on plant protection products are not removed where there remains a need.

“While Ministers are not bound by the vote, I would urge them to engage carefully with levy payers before reaching a decision on the next steps.”