Mr Parish told Immigration Minister Kevin Foster the Home Office’s refusal to acted on advice from its Migration Advisory Committee to add butchers to the shortage occupation list (SOL) had contributed an animal welfare crisis on pig and poultry farms and the potential destruction of these industries.

“I just cannot accept it, we are seeing our industry slowly being destroyed,” Mr Parish said. “I thought Brexit was about encouraging production in this country, not discouraging it. This is down to labour shortages. All I want you to say is that you are looking at these things and that you will take action quickly in the future.”

Mr Foster pointed out that butchers qualify for the skilled workers visas, which come with a higher threshold, including the wage, for recruitment, and claimed that adding the role to the SOL would lead to cheap labour.

“I accept that if you added butchers to the shortage occupation list you could recruit at under the UK market rate, that is you could look to recruit more cheaply overseas,” he said.

Asked by Mr Parish if he was worried the policies the Home Office is pursuing was damaging industries such as pigs, poultry and horticulture, Mr Foster added: “I am worried if I see a sector that isn’t wanting to recruit on the UK labour market rate. I am not sure what driving wages would do to decrease a labour shortage – it could potentially make it worse. I don’t see what reducing terms and conditions would do.”

But Mr Parish accused the Minister of deploying ‘exactly the same arguments’ as when he was in front of the committee a year ago. “Yet the situation has got so much worse. I can’t understand why you will not accept advice from your own advisory committee and act more quickly to stop these huge animal welfare issues.”

He went onto to accuse the Minister of hiding behind Home Office process. “The industry has been into see you all through last year, and last year you had advice from this advisory committee to grant these new jobs on the shortage occupation list,” Mr Parish said. 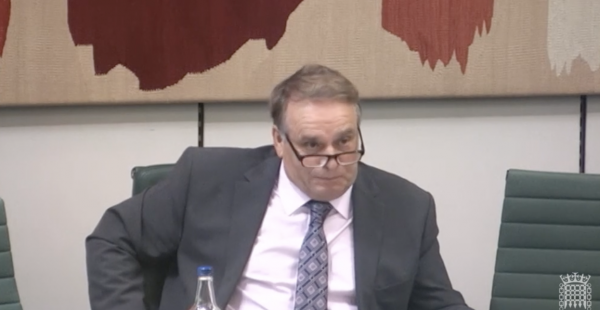 “You resisted it and so, therefore, there hasn’t been the butchers available, and we have slaughtered pigs pigs on farm and there is a lot of poultry being slaughtered on farm – and there has been a huge waste, not only to the farmer but to food in general.

“I really don’t know why don’t you take it more seriously, rather than just having your blasted processes that you have in the Home Office that take forever and you prevaricate and prevaricate and the situation gets worse?

“It is no wonder the industry get so worked up over where you are. I was expecting you at least to come in here and have some degree of the fact that ‘we may have made some mistakes, we may not have listened when we should have done’, but instead of that, you come in here as though everything is right with what you have done. I would say to you quite clearly, it is not.”

Afterwards, Mr Parish said: “Labour shortages in the food and farming sector have caused a human and animal welfare crisis. But the Home Office is simply not listening. It is not supplying enough visas for foreign workers in a timely, efficient manner.

“Employers need workers and cannot get them in time. Pigs are being culled and wasted because there are not enough butchers in the abattoirs. Fruit is rotting on trees and crops are not being planted.

“There appears to be a disconnect between this reality and what Mr Foster says. Again and again during our evidence session he said visa systems were in place to resolve the labour shortages. The food and farming sector tells us this is not the case.”

Mr Parish called on the Home Office to respond to ‘what farmers and businesses are saying and to stop blaming the sector for being at fault’. “We need an effective cross-Government food and farming labour strategy that deals with immigration and other issues – and we need it fast,” he said, warning that the labour means ‘we are in real danger of exporting our industry’.