A farm walk, hosted by NSA Central Region Committee Member Charles Sercombe followed in the afternoon and provided an excellent overview of his pedigree and commercial flocks and how he is future-proofing the family-run business.

Phil Stocker, NSA Chief Executive, welcomed NSA affiliated breed societies to the event and provided an update on some of NSA’s current and ongoing work, particularly around Brexit and some of the challenges facing the industry relating to trade and the future of farm support.

Phil says: “One of the things we can do through this forum is make valuable connections between NSA-affiliated breed societies and organisations. The forum gave me a good opportunity to talk through the detail of some of NSAs work on Brexit, as well as some internal projects the organisation is involved in including a study into ram longevity and work NSA is doing on heritage breeds development.

“As ever breed societies were able to take part in presentations and discussions with a range of industry representatives who brought with them relevant and valuable information on genetics, zootechnical legalisation and a sheep gene bank update to name just a few.”

With a theme of future-proofing the sheep industry as we prepare to leave the EU, the NSA Breed Society Forum provided the perfect opportunity to discuss potential industry challenges and prospects. 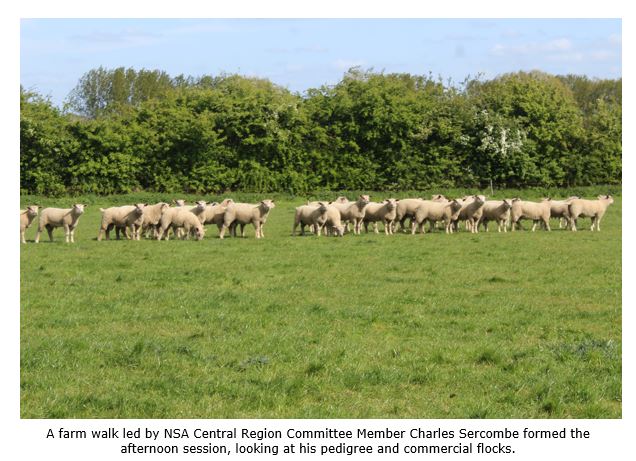 Phil continues: “Sharing information is essential if we want to collectively tackle some of the challenges Brexit is posing, although there is clearly a lot of uncertainty at the moment. A zootechnical update from FAnGR proved a perfect example of this, and it is unclear whether updated EU legislation will be implemented by November 2018. The forum was an enjoyable and important event to debate a range of topics, and for breed societies to receive updates on current industry trends alongside NSA activity.”

NSA extends its thanks to all the speakers, and to Charles for giving up his time in the afternoon to host the group. A more detailed note of the morning session, and copies of the powerpoint presentations, will be provided to NSA-affiliated breed societies shortly.