Production during the month totalled 24,700 tonnes, down 10% on-the-year. Between June and November 6.3 million lambs have come forwards, 13% fewer than last year.

“We would expect a bit of a year-on-year decline as last year lambs were pushed forwards early ahead of the end of the Brexit transition period,” commented Rebecca Wright, red meat analyst for AHDB.

“Even if we allowed for a significant decline in the crop, we would still have expected lamb kill to be higher than it has been, based upon historic kill patterns and levels.” 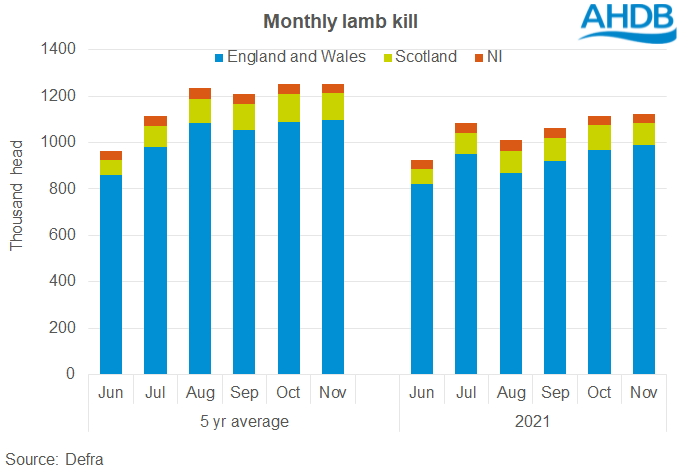 The decline in lamb production comes as UK fresh and frozen sheep meat exports were reported down 12% on-the-year during October, to 7,000 tonnes according to HMRC data.

Ms Wright said: “Volumes to the EU declined almost 4%, to 6,700 tonnes. Volumes available for export have been challenged this year, by both increased trade friction between the UK and EU post-Brexit and lower UK production.

“In the year to October, exports declined 22%, to 54,900 tonnes. Volumes are well below historic averages.” 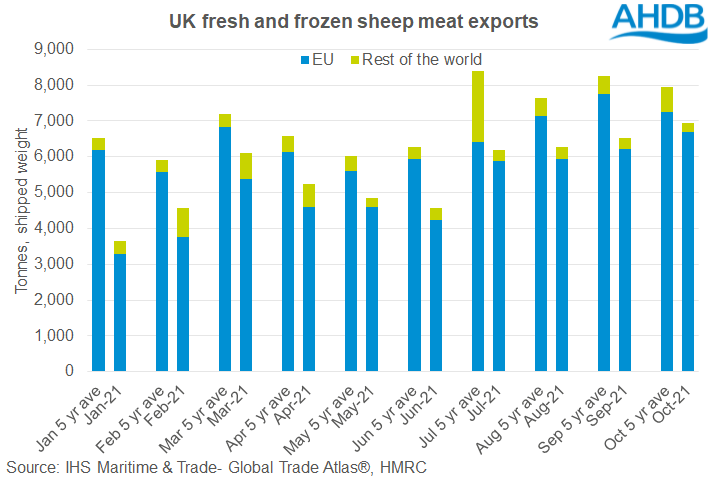