The UK’s beef imports were higher than 2020 levels in October, with a total of 22,600 tonnes of fresh and frozen beef brought in, according to the latest HMRC figures. This was 11% more versus the same month a year ago, however it was a 21% drop compared to September.

For beef heading out of the country, volumes increased in October. A total of 10,100 tonnes of fresh and frozen beef was exported during the month, up 22% from September and up 13% compared to October last year.

The majority of the uplift in imports came from Ireland, while more beef was also imported from Germany and Uruguay. Exports to Ireland – the UK’s largest market – rose, but an increase in exports to France drove the overall volume growth for October. 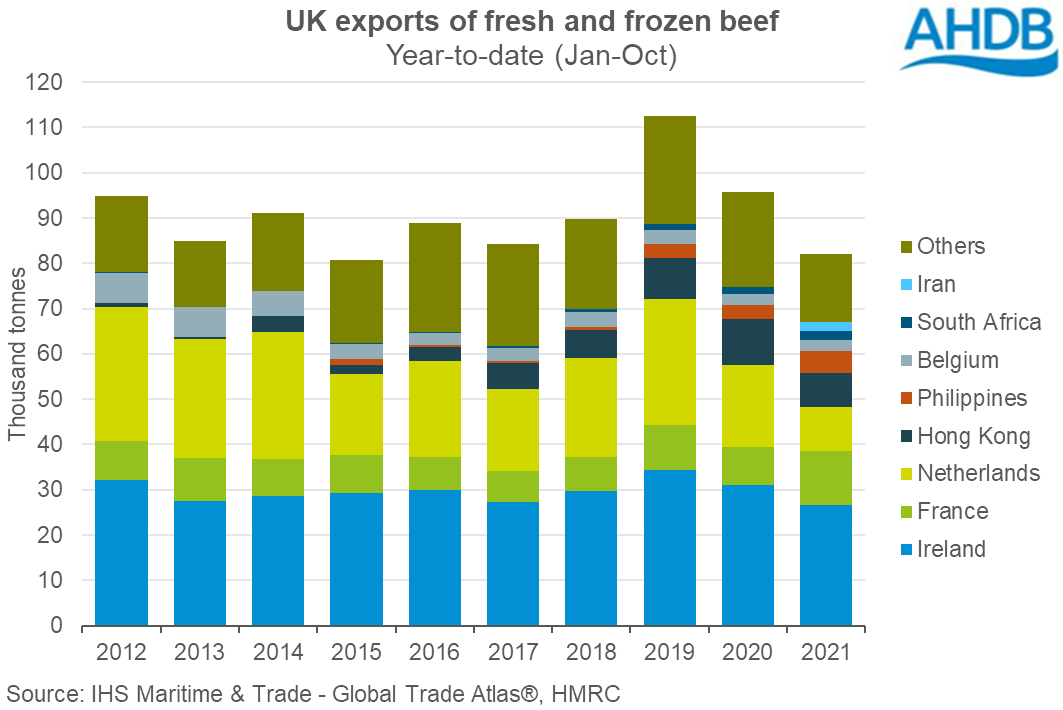 Hannah Clarke, AHDB livestock analyst, commented: “Shipments to the EU as a whole have generally been on an upward trend through 2021, although for the year-to-date (Jan-Oct), volumes are still 14% below the same period a year ago.

“Exports to non-EU countries have also increased through the year, but are up 5% for the year-to-date. This has been mostly driven by increased shipments to the Philippines and Iran, the latter being a new market for the UK in 2021.

“For exports in total, volumes for the year to October (inclusive) stood at 82,000 tonnes, 14% lower than the same period a year ago. A 5% increase in the average price of these exports put their overall value at £287 million.”